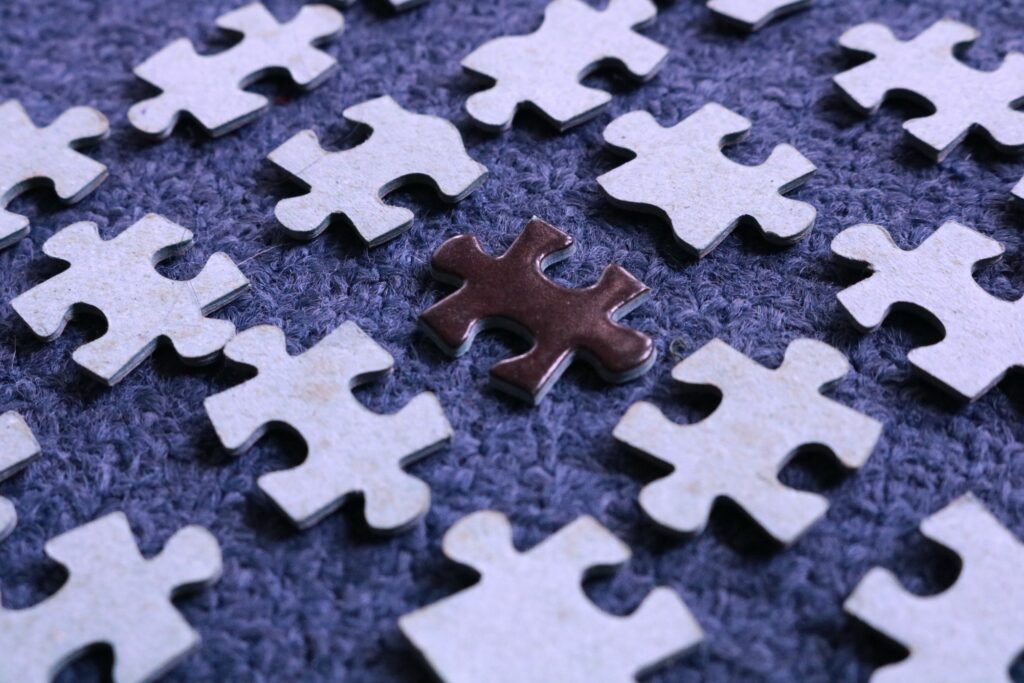 Subtle racism can be challenging to recognize, especially in the workplace. However, that doesn’t mean it should be ignored. Use these tips and tricks to identify covert discrimination and learn how to remove it from your environment.

Subtle racism is a serious problem that often goes overlooked. In many cases, the victims don’t even know they’ve been victimized by covert discrimination. Issues pertaining to race also permeate the modern workplace despite diversity, equity, and inclusion (DEI) programs. That raises several questions.

What is subtle racism, and how does it manifest in everyday life? Do people and businesses really discriminate without realizing it? Are there any clear examples of covert racial discrimination, or do we have to dig deep to find the evidence? Here is what you need to know and tips on what to do if you notice a problem.

What Is Subtle Racism?

Understanding How Racism Can Be Subtle

5 Ways to Work Around Subtle Racism

Tips for Talking about Subtle Racism

DID YOU KNOW: Race relations in the United States of America are considered some of the worst in the world.

What Is Subtle Racism?

When something is subtle, that means it is not blatantly obvious. A more explicit definition of subtlety would be a delicate or precise change or distinction challenging to describe or analyze. In other words, subtle racism isn’t always in your face. Antagonists typically behave negatively or ambivalent toward specific ethnic groups instead of outright racist.

Differential treatment toward social minorities is generally banned in modern companies. However, individual interactions can place unwarranted pressures on specific ethnic groups. The intent could be ambiguous or benign, but the impact is always the same. In severe cases especially, victims of subtle racism can experience trauma or develop a mental health issue.

Understanding How Racism Can Be Subtle

Most racial bias usually begins in childhood due to prejudicial upbringing. Our environment and influences can dictate much of who we become. Also, the characteristics and traits of the people we meet determine how we think, feel, or act around others. If we grow up with only negative experiences about a certain race, we generally carry adverse beliefs as a result.

Moreover, many people deem ethnic groups as assertive or submissive because of historical factors. Folks can learn about cultural differences but still hold fast to unconscious misconceptions. At the most basic level, this translates into believing that one race is superior to another. In the meantime, mainstream American culture has taught that “whiteness” is best.

The most apparent evidence of subtle racism is the recent drama between the black community and law enforcement. However, covert profiling and racial discrimination are prominent in American employment practices and politics. If you’re not a person of color, the impact may not be noticeable because you don’t share the lived experience. Yet, non-white citizens can internalize racist messages and unconsciously apply them to themselves.

Internalization of subtle racism can be a slippery slope and particularly problematic in the workplace. That’s because it leads to accepting unacceptable questions, comments, and concerns. Then, we destroy our ability to positively impact race relations because we deny or ignore inadvertent or clandestine prejudices.

Racial microaggressions are virtually everywhere in modern American culture. However, it’s crucial to understand the three primary types of bias before calling everything racist or aggressive. Here is what you need to know:

Selection bias removes the possibility of randomness or merit-based recognition.

Confounding bias distorts associations systematically by mixing up cause and effect.

Generally, racial bias centers on misinformation. It thrives on lacking knowledge and is fueled by socially acceptable norms that should be eradicated. Unfortunately, social groups and businesses cannot solve issues they don’t recognize. Learning some examples of subtle racism is critical to an equitable society.

Racists aren’t always open and honest about the way they feel. Most understand how inappropriate their thoughts and behaviors are, so they hide behind outdated policies and cued curtsies instead. Many non-white citizens must “code-switch” when interacting with other ethnic groups. As a result, the underlying racism often goes unnoticed.

Subtle forms of racism are easier to track when you know how they look. Here are some common examples to consider:

None of the examples above involve direct racist comments. Still, each can make a person of color feel uncomfortable or unwelcome. Although many cultural differences exist, families and social groups must learn to pinpoint these hidden behaviors to uplift all members. Also, businesses can’t afford to ignore racial inequality anymore. Many black women are leaving corporate America for more inclusive opportunities.

DID YOU KNOW: Black women account for about 39% of the American population but represent nearly 90% of black-owned businesses.

5 Ways to Work Around Subtle Racism

Learning to respond to racial microaggressions and subtle racism means first looking inward. Determine what is most important to you, then advocate for positive change in that arena. Or model your approach to workplace equity after successful businesses in your industry. You can also establish racial bias training programs to help people avoid unconscious discrimination.

Meanwhile, don’t forget about cultural groups that identify as non-white and non-black. Asian and Latino people also experience subtle racism in life and at work. Thus, managers should integrate DEI program materials into the interview and new hire orientation processes. That way, employees understand non-prejudiced precedences from day one.

Ready to rid your environment of subtle racist behaviors? Use these ten tips to get started:

Talking about racial inequality isn’t always easy, especially for those who experience it regularly. Although most businesses adhere to strict DEI programs, subtle racism can still seep into the company’s fabric. Because of that, it’s critical to provide confidential forums for non-white individuals to voice their concerns.

Organizational leaders should collaborate to build an inclusive, non-judgmental space. They should also ensure that addressing racial bias does not threaten job security. Too often, people are afraid to speak up because they fear being reprimanded by their managers. Thus, those in charge must offer a safe place where nobody feels singled out or set apart.

FACT: Some people shrug off comments about racial microaggressions because they have never experienced them personally.

Racial bias can interrupt commerce and overshadow unique talent. That’s because subtle racism affects many aspects of working life. For example, some people could find hidden discrimination in performance evaluations or salary decisions. In some cases, unfettered bias may also appear during the hiring process or when discussing promotions.

Get rid of racial inequality by observing job descriptions and looking for inconsistencies. Instead of relying solely on human judgment, consider using software for specific decisions. Also, you can advocate for fair screening processing while encouraging managers to rethink their criteria for tasks and expectations.

The law is on your side when fighting for equal rights in the workplace. However, DEI programs and policy reformation can only go so far. You must learn and understand the local and federal laws to approach this situation like a pro. That’s because the Civil Rights Act offers several provisions for non-white citizens in the workplace and beyond.

For example, Title VII of the CRA makes on-the-job discrimination illegal. Thus, employers can get in trouble if you report direct or subtle racism, but they fail to act. Most businesses even hire DEI enforcement agents in the HR department to ensure compliance. They’ll investigate claims and provide an impartial ruling on racially charged matters.

Joining forces with like-minded people who share your experiences with racism can help foster a more productive workplace. Ethnocentric groups can also support one another during difficult times. They offer relevant coping skills and information after micro-aggressive behaviors and biased racial subtleties.

Form alliances with people of all races to promote collaboration across several spectrums. Then harness the group’s talents by giving each person a task or responsibility. Involve upper management to ensure funding for activities, educational materials, and advocacy. Meanwhile, keep a record of your achievements to track progress along the way.

FACT: Workplace advocacy can spill over into the community with a well-rounded approach.

Ridding your life of subtle racism won’t happen overnight. Racist social norms did not form in one day, so they’ll take time to erase. However, you can speed up the process by remaining diligent, consistent, and compassionate. That means practicing forgiveness for those just now understanding the impact of their biases.

Tips for Talking about Subtle Racism

Hurtful racist behavior is a touchy subject that requires finesse when discussing. Otherwise, you could do more harm than good and further damage race relations in your environment. Avoid counterproductive conversations with these five simple tips:

For more information about discussing covert racial discrimination at work or elsewhere, talk to someone with personal experience. Ask for opinions and seek detailed accounts of unconscious microaggressions. Then integrate the information into your revised approach.

Remember to start conversations with an open mind. Evaluate yourself regarding racial interactions and beliefs. Also, practice diligence and compassion when discussing racial tension with other people.

Subtle racism can seep into our lives without a trace. It can also make our jobs and daily lives more stressful than they have to be. Hidden racial biases undermine morale and overshadow natural abilities while encouraging divisiveness. This can hinder productivity, profitability, and progress on many levels.

Companies can also get into trouble if they allow racist behaviors and discriminatory microaggressions to affect non-white employees. Bias recruiting habits, racially inspired salaries, and selective performance reviews are worth destroying. Each one tarnishes a business’s reputation and hinders individuals from reaching their full potential. K. Edwin Bryant is a highly respected senior pastor, professor and academic, published author, and corporate strategist with a passion to advocate for underrepresented communities.

Dr. Bryant has a Ph.D. from Macquarie University, Sydney, AU in Ancient History: New Testament and Early Christianity. Currently, Bryant is the COO of Full Gospel Baptist Church Fellowship International, Senior Pastor and CEO of Dayton, Ohio’s Mount Pisgah Church, chairman of the Board for Tehillah Music Group, and an adjunct professor of the New Testament & Early Christianity.

He uses his leadership and influence to pry open spaces of white privilege and create pathways of equality and belonging for the Black, Indigenous, and People of Color communities.

In Dr. Bryant’s book ChaRIOT: The New Cultural Conversation, he confronts difficult conversations to help non-blacks reinterpret public responses to oppression imposed on and experienced by the black community.

Dr. Bryant currently resides outside of Dayton Ohio with his wife and children. When he’s not working on a multitude of projects or catching up on trending events; you might find him watching Netflix (especially the Blacklist) or hitting the piano inspired by artists such as Robert Glasper, Moonchild, and Corey Henry. 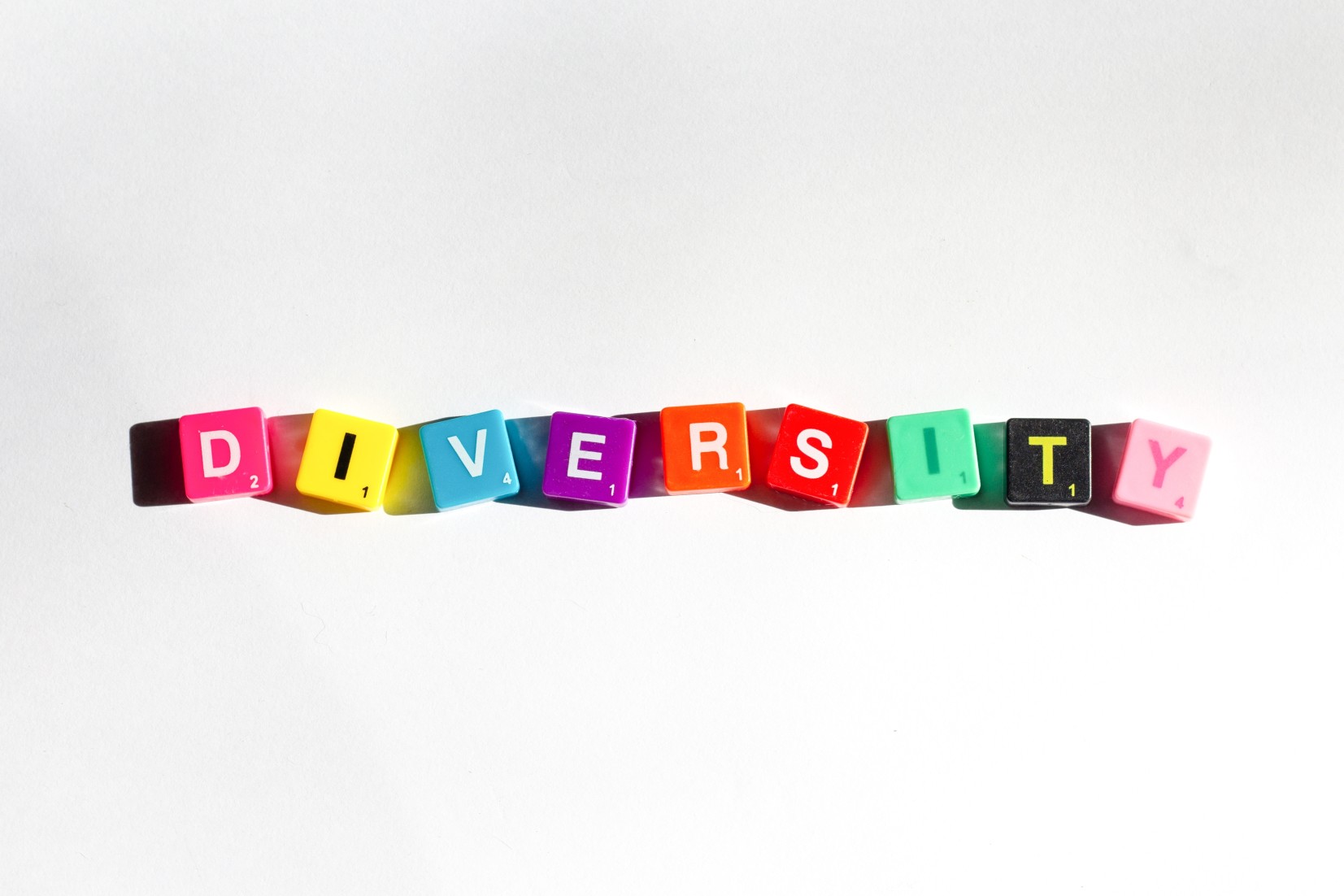 How Diversity and Inclusion Can Impact the Board Room

Improve your company’s reputation and employee retention by committing to diversity and inclusion. Executive recruiters must secure a diverse workplace. These tips will help you 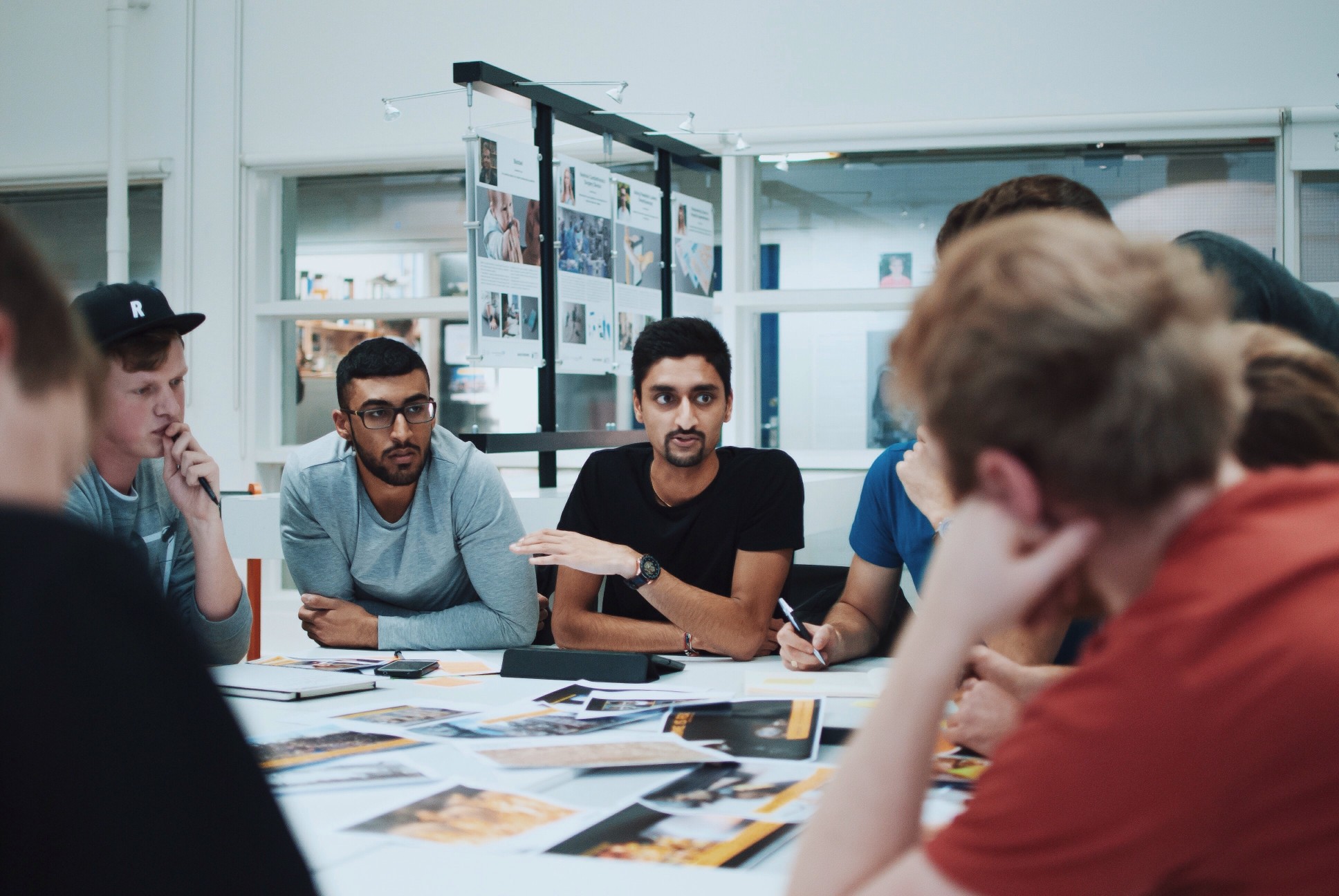 What Does Workforce Diversity Mean and What Does It Look Like?

Companies can establish and maintain productive teams enthusiastic about collaborating through workforce diversity. Various perspectives meld together to form a solid foundation that drives impactful 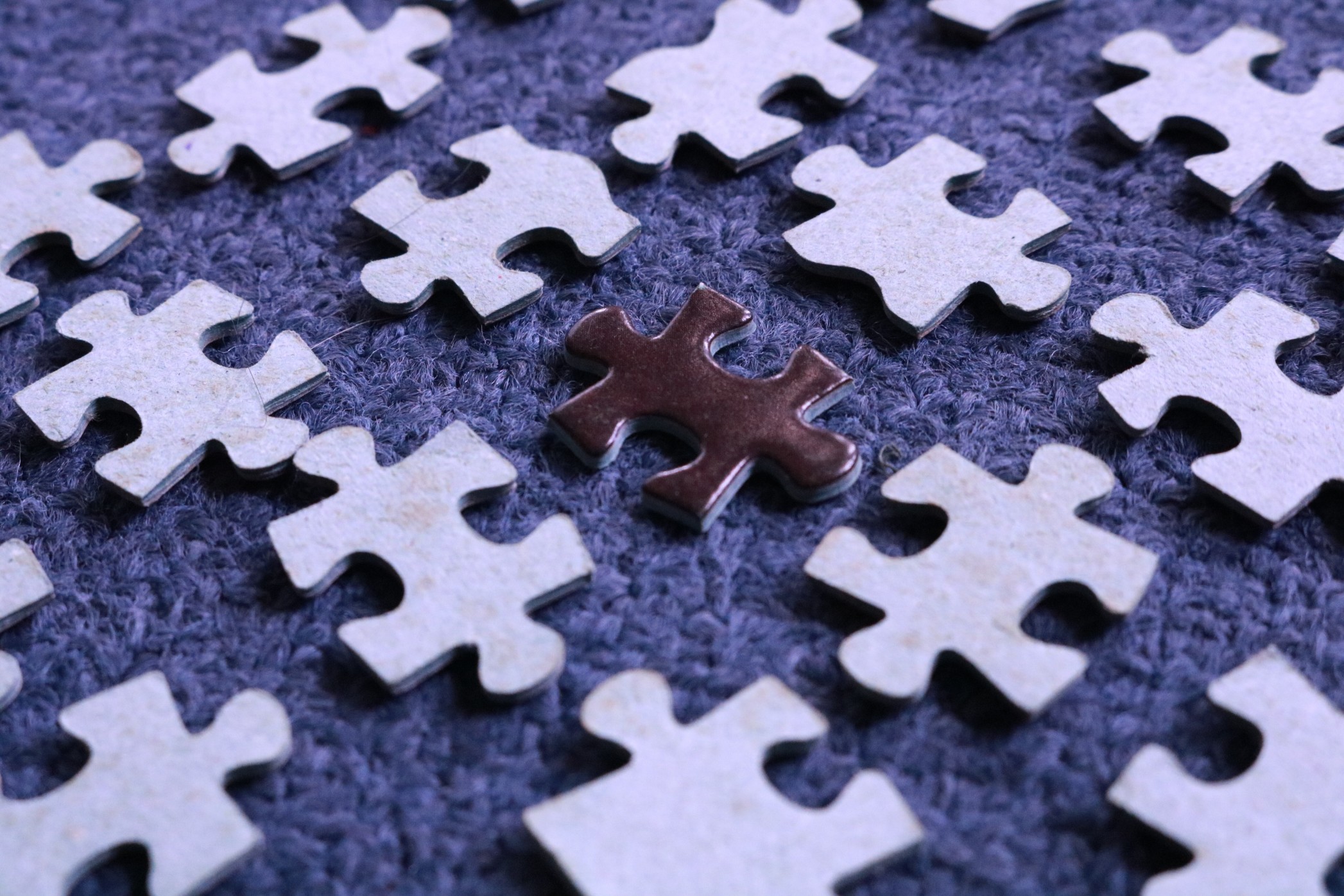 Subtle racism can be challenging to recognize, especially in the workplace. However, that doesn’t mean it should be ignored. Use these tips and tricks to

K. Edwin Bryant is a man of many skills, driven by his dedication to faith, and passion to advocate for underrepresented communities.